Adnan Sakli,legal owner of record of the Bank of International Settlements


WHAT HAPPENED TO ´THE FORTUNE OF ADNAN SAKLI? 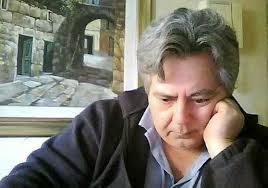 As the legal owner of record of the Bank of International Settlements I, Adnan SAKLI orders the immediate termination of all operations of illegal trades and complete shutdown of all operations in relations to the trades in any form or shape. All existing illegal liabilities of all the currencies must be met. In the even they are not met in accords of legal statutes of reporting and confirmation of the positions of the entire Global obligation then the entire operational positions of those nations and their currencies will have no position to be used as a means of exchange.

All the European, American, Asian, Central American. South American debts must be accounted for and must be paid in full.

All prime system institutions must account for their criminal and illegal operation. The Arab nations will be required to cease and desist there illegal operations of money laundering and make immediate accountability of their debts.

All Hedge funds will be required to pay their leverage positions and settle out. In addition to which they must prove their leverage capability in liquid funds that are not insolvent.

All court orders in relations to any monitory compensation must have a liquid rightful operational confirmed ownership to make them viable and legally worth correct. All mergers and acquisitions of and financial and major corporations must prove the rightful authority and compensation to the owner of the transaction that is causing effect.

All internationally corporate dividend payments need to be confirmed and all tax returns are to be validated as being received by the legal owner and that would be in reference to 8217 and 8216. To date no tax return payments have been received and in the event the returns were paid and collected it would be required to find out who has collected private funds belonging to Adnan Sakli and 8217. That person or persons are to be charged and criminally prosecuted for theft of international assets.

All the positions of U.N., Needs to be reported directly to Adnan Sakli. All accounts and transaction must have wet signatures that are confirmed by the bank attorney. All Mandates, Powers of Attorneys, and any legal document that represents the rights of Adnan Sakli and 8217 or 8216 are cancelled and to be deemed fraudulent. All transactions attached are to be cancelled. Panther continental has committed fraud and hence not valid in the representation internationally. All the operations done under the NATO authority are cancelled. Until the existing debts are settled all international transactions of any kind are cancelled. All USD, Euro. Sterling deals are to be deemed as Non valid. Until such time as the liabilities are met. The prime system will remain closed until the obligations are met.

Adnan Sakli died in Spain almost exactly one year after he wrote this letter.

I believe his fortune was frozen by the CIA because it is still to hot to handle for
anyone,as it would disclose their participation in criminal acts against him and his family as well as large scale fraud in the banking system.

A great loss for the financial world, which today is in dire need of rescue,alas without the support of Adnan Sakli.

Adnan Sakli was a good and generous man to the needy,and we send peace on his memory.