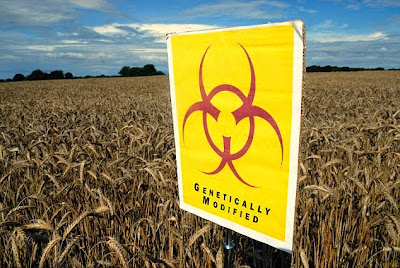 Germany has now become the sixth country in the European Union to take a stand against GM corn — a wise move that unfortunately the United States has yet to do.
Whereas close to 9,000 acres slated to be planted with MON 810 corn in Germany will now be GM-free (assuming the ban stands up in court if necessary), the acres to be planted with GM corn in the U.S. is in the tens of millions.
German Agriculture Minister Ilse Aigner announced she was banning not only the cultivation of GM corn but also the sale of its seeds, saying she had “legitimate reasons to believe that MON 810 posed a danger to the environment.”

Why GM Corn is Dangerous
French Professor Gilles-Eric Seralini, molecular endocrinologist at the University of Caen and a member of two French government commissions evaluating GM food, found that MON 810, along with several other varieties of GM crops, showed statistically significant problems in animal studies that regulators have not pursued with follow-up research.
Seralini said the effects of the GM crops were similar to that of pesticides, including inflammation disorders, and problems with livers and kidneys, two major organs involved with detoxification.
Further, biology professor Bela Darvas of Hungary‘s Debrecen University discovered that Monsanto’s Mon 810 is lethal to two Hungarian protected species and one insect classified as rare. Now Monsanto refuses to give him any more Mon 810 corn to use in his tests. They also refused his request for Mon 863, another GM variety.
So not only has MON 810 been shown to cause serious damage to animals, but it may also wipe out protected plant and insect species. Of course, adding to the potential devastation is the fact that corn is a wind-pollinated plant, which means it depends on the wind for pollination.
While growers of GM food often say their crops will be contained and unable to contaminate nearby fields, from an environmental perspective contamination between GM and non-GM crops is generally acknowledged to be unavoidable.
Really what can stop wind, tornadoes or other weather from blowing or transporting GM pollen or seeds over onto non-GM crops?

Not a whole lot.
So by planting even a few thousand acres of land with GM crops, there’s a very real possibility that a much greater area could become contaminated with the altered seeds, and subject to the potential health and environmental insults as a result.
The United States government‘s support for biotech is no secret. In fact, it is the official policy in several U.S. agencies to promote the industry, and some of them have attempted to push acceptance of GM crops in Europe — but let’s hope they continue to hold out.
MON 810 was currently the only GM crop approved for cultivation in Germany, so in choosing to ban GM corn, Germany will become an entirely GM-free country — a wise, wise move.
Of course, it’s not just GM corn that’s the issue here; all GM crops have the potential to cause great, irreversible harm.
Are GM Crops Threatening the Future of Humankind?
GM crops routinely create unintended proteins, alter existing protein levels, or even change the components and shape of the protein that is created by the inserted gene.
This results in brand new proteins that have never before existed in food, some of which may be causing severe allergic reactions.
Creating a GM crop can also produce massive changes in the natural functioning of the plant‘s DNA. Native genes can be mutated, deleted, permanently turned on or off, or change their levels of protein expression. No one knows how this will impact human health, but so far Jeffrey Smith has documented at least 65 serious health risks related to GM foods.


The crop is modified genetically to withstand attack of insects and other plagues and make them more hardy in difficult climates.

Tested on rats and small mamals with very adverse effects and much damage. If this treatement is fatal to insects and rats,what long-term effects will it have on humans?

Do NOT accept genetically modified foods of ANY kind.