Western Intelligence-Bilderberg and the Rise of the Muslim Brotherhood

Western Intelligence and the Rise of the Muslim Brotherhood 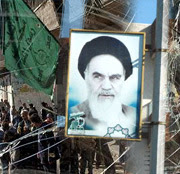 To say the least, the Muslim Brotherhood’s political ascent is impressive. However, without the aid of some powerful forces, the Brotherhood may have never been more than a group of marginalized religious fanatics. The hidden hands of these powerful forces can be seen at work before World War Two with the British travel writer Freya Stark. Stark was not just a writer. She was also an agent of British intelligence. Stark was used by British intelligence to foster an alliance with the Muslim Brotherhood (Dorril 622). Brotherhood collaboration with Western intelligence continued with an alliance between the Brotherhood and the CIA that began around 1955.

According to former CIA agent Miles Copeland, it was around this time that America began looking for the Muslim equivalent of Billy Graham, hoping to use such a charismatic individual to influence the Arab world. When this failed, the Agency began forging ties with the CIA (Aburish 60-61). What was the motive for this marriage between Western intelligence and the Muslim Brotherhood? This alliance would help the Western power elite neutralize the challenge to their hegemony coming from the secular Arab nationalist movement. Said Aburish elaborates:

In the 1950s and later, the West opposed the secular Arab nationalist movement for two reasons: it challenged its regional hegemony and threatened the survival of its clients’ leaders and countries. Specifically, there was nothing to stop a secular movement from cooperating with the USSR; in fact, most of them were mildly socialist. Furthermore, most secular movements advocated various schemes of Arab unity, a union or a unified policy, which threatened and undermined the pro-West traditional regimes of Saudi Arabia, Jordan and other client states. The West saw it as a challenge that had to be met. (60)

Was the alliance between the CIA and the Brotherhood merely a continuation of the alliance between British intelligence and the Brotherhood? According to the authors of Dope, Inc., the OSS, which was the forerunner of the CIA, was merely a subsidiary of British intelligence (540). When the Office of Strategic Services was being organized, William Stephenson, Britain’s Special Operations Executive representative in the United States, was brought in for “technical assistance” (418). Stephenson’s involvement would lead to the creation of “a British SOE fifth column embedded deeply into the American official intelligence community” (454). When it came to religious engineering to promote fanaticism within the Arab world, it could be that the British power elite passed the mantle to the American power elite.

The power elite officially endorsed the Muslim Brotherhood in May of 1979 at the Bilderberg meeting held in Austria (Engdahl 171). At this meeting, British Islamic expert Dr. Bernard Lewis suggested that endorsing the Muslim Brotherhood would allow the Western elite “to promote balkanization of the entire Muslim Near East along tribal and religious lines” (171). This balkanization process would result in the rise of various autonomous groups and the spreading of chaos in the Near East (171). In what Lewis termed an “Arc of crisis,” the chaos would eventually spill over into the Muslim regions of the Soviet Union (171). This would help the Western elites counter Soviet moves to become the world’s sole hegemon, thus preserving the Cold War dialectical rivalry that had been so advantageous to the Western oligarchs.

The power elite’s support of the Muslim Brotherhood had begun one year earlier, when Carter appointed Bilderberg attendee George Ball to head a White House Iran task force that fell under the authority of National Security Advisor Zbigniew Brzezinski (171). Ball recommended pulling support for Iran’s leader at the time, the Shah of Iran (171). He also suggested supporting the Shah’s opposition, the infamous Ayatollah Khomeini (171). The Muslim Brotherhood was the movement behind Khomeini (171). Again, Western intelligence groups lent the Brotherhood an assist. CIA case officer Robert Bowie ran covert operations against the Shah that allowed the coup to be successful (171). The CIA-led coup used economic pressures placed on Iran by London to create the pretext for religious discontent against the Shah (172). London refused Iranian Oil production, “taking only 3 million or so barrels a day on an agreed minimum of 5 million barrels per day” (172). This move imposed revenue pressures on Iran, and agitators trained by U.S. intelligence went about blaming the Shah’s regime (172).

According to William Engdahl, the destabilization of the Shah’s regime was also aided by American’s working within Iran’s security establishment:

As Iran’s economic troubles grew, American “security” advisers to the Shah’s Savak secret police implemented a policy of even more brutal repression, in a manner calculated to maximize popular antipathy to the Shah. At the same time, the Carter Administration cynically began protesting abuses of “human rights” under the Shah. (172)

The action taken against the Shah was successful and the deposed Iranian leader fled the country in January of 1979 (172). Writing about his downfall, the Shah later stated:

I did not know it then – perhaps I did not want to know – but it is clear to me now that the Americans wanted me out. Clearly this is what the human rights advocates in the State Department wanted… What was I to make of the Administration’s sudden decision to call former Under Secretary of State George Ball to the White House as an adviser on Iran?… Ball was among those Americans who wanted to abandon me and ultimately my country. (172)

Khomeini’s rise to power in Iran was a major victory for the Muslim Brotherhood that stood behind him, and Western intelligence had made no small contribution to that victory. Make no mistake, Western intelligence helped make the Muslim Brotherhood what it is today. When looking for someone to blame for the rise of radical Islam, the accusatory finger must be pointed at those in whom Americans have placed their trust.

Notice the Bilderberg fingers in all the manipulations of The Muslim Brotherhood to use their fervor's as a tool towards the destabilization of Europe,breaking down national adherence,democracy and human rights.

This tool was ideal for their plans,introducing,by peaceful means,millions of fleeing people of the Muslim faith into an unsuspecting Europe,causing chaos,and discord among the EU members.They could hardly have found a more contradictory religion which by it´s very nature refuses integration in this head-on clash of opposing cultures,thousands of years apart.

Remember,nothing was left to chance,all was planned, many many years earlier by Illuminati and the Bilderberg Group which had already taken command of all major political and financial decisions in the USA.

Typically also of the Devil,Bilderberg manipulates and uses people and situations for their own purpose and goals. The Arab Brotherhood fights to conquer the world in THEIR name,but will at the right time be taken over by Illuminati/Bilderberg and their helpers destroyed.  The Devil shows no gratitude for the people who are no longer any use to him. This is also the case with the Illuminati/Bilderberg.