As we reported yesterday, Lithuania confirmed the presence of U.S. special forces inside its territory, stating the deployment’s purpose is to train local forces and act as a deterrent against Russian aggression. Supposedly, the move is in response to a "escalation" by Vladimir Putin, who has been deploying nuke-ready missiles in the Russian province of Kaliningrad located in the heart of central Europe. This move has prompted the neighboring Baltic states to become “highly concerned” about Russian military activity. 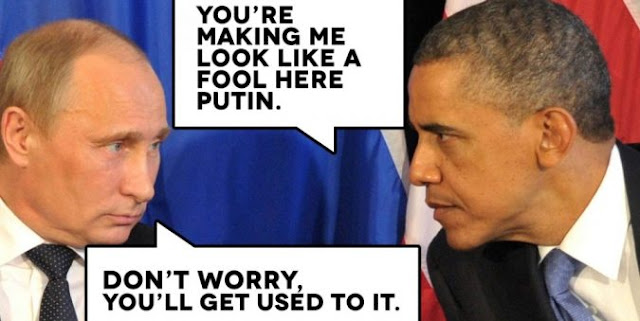 Furthermore, sometime during the spring of 2017, NATO is expected to send battalions of 800 to 1,200 troops to each of the Baltic States and Poland. The mainstream media has even dubbed NATO’s recent buildup the alliance’s “biggest military buildup on Russia’s borders since the Cold War.” Even Great Britain will be sending fighter jets, as well as troops to Romania in order to counter Russia in the region.

Over the last several years, Russia has made it abundantly clear in the past that its deployment of missiles is a deterrent against NATO expansion along its borders, in what is effectively a cat-and-mouse game that continues to be played with catastrophic consequences, and which neither side can win.

Meanwhile, as part of the latest conventional arms race, on Friday hundreds of U.S. tanks, trucks and other military equipment arrived by ship in Germany to be transported by rail and road to eastern Europe as part of a NATO buildup that has drawn Russia's ire. According to Reuters, two shiploads arrived in the northern port of Bremerhaven and a third was due in a few days, bringing the fleets of tracked and wheeled vehicles for use by around 4,000 U.S. troops being deployed for exercises in NATO states near Russia.

U.S. and Polish forces will participate in a large "massing" exercise in Poland at the end of January as part of a series of measures aimed at reassuring U.S. allies in Europe after Russia's 2014 annexation of the Crimea region of Ukraine. Beginning in February, U.S. military units will spread out across Poland, the Baltic states, Bulgaria, Romania and Germany for training, exercises and maintenance.

"The best way to maintain the peace is through preparation," Major General Timothy McGuire told reporters when asked if the large deployment was meant to send a message to Russia.


He also admitted that "this is just showing the strength and cohesion of the alliance and the U.S. commitment to maintain the peace on the continent." It is also a provocation specifically designed to provoke Putin into further escalation, something which Obama also did last week with the expuslion of 35 Russian diplomats.

NATO countries say their planned deployments to eastern NATO countries are purely defensive, but Russia has rebuked what it sees as an aggressive western buildup in eastern Europe. 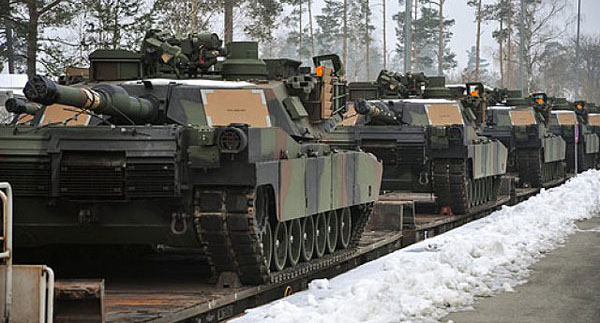 In addition to U.S. troops going to Poland, NATO members Germany, Canada and Britain are also sending battalions of up to 1,000 troops each to the former Soviet republics of Estonia, Latvia and Lithuania. They say the four battalions, backed by additional U.S. forces on rotation, are justified by Moscow's annexation of Crimea and support for separatists in eastern Ukraine. Those actions alarmed the Baltic states, which worry they could be the next targets of Russian pressure.

Among their equipment will be 87 Abrams M1A1 tanks, 20 Paladin artillery vehicles and 136 Bradley fighting vehicles.

The equipment will be used by the U.S. Army's 3rd Armored Brigade Combat Team, arriving this month from Fort Carson, Colorado for the first of what Washington promises will be back-to-back nine-month rotations in the "foreseeable future."

The Army is also sending its 10th Combat Aviation Brigade with about 50 Black Hawk and 10 CH-47 Chinook helicopters and 1,800 personnel, as well as a separate aviation battalion with 400 troops and 24 Apache helicopters.

Amid this dangerous escalation, voices of reason were few and far between. One of them belonged to Germany's Left party, which has called for closer ties with Russia, said Berlin had a historic obligation to work for peace and disarmament, and it would protest against the deployment. "Tanks never create peace anywhere," said Christian Goerke, who heads the party in Brandenburg state. "Quite the contrary, a troop deployment of such a scale is part of always increasing buildup and provocation."

Unfortunately both the US Military-Industrial complex, and the US government, stubbornly pretend not to recognize this simple logic.

What the hell is Obama up to only days before Trump enters the White House?