Brazil just another country in the Illuminati - Masonry grip

Brazil just another country in the Illuminati - Masonry grip


I´ve rewritten and corrected this article many times. But here it is. In my journey through the various Illuminati controlled nations we have now come to South America. So lets take a look at Brazil, with the official denomination, “Federative Republic of Brazil” what more can be said about this the largest country in both South America and the Latin American region? Well for one thing it is the world’s fifth largest country, both by geographical area and by population. And it is the largest Portuguese-speaking country in the world, and the only one in the Americas. As all the other speak Spanish mostly.

But in fact, the very “so-called” Brazilian Federal Republic (as it is called) was founded by and controlled by Illuminati-Jews through their agents, the Freemasons who infiltrated the courts and the Brazilian armies. These forces together with local farm owners (all Freemasons) were the responsible for the fall of Monarch in Brazil, the best government the country had in its history and “the fact o” builder of the nation as it is. Does this sound interesting?

What is very, very curious and found in reports written by journalists is the fact that almost 98% of what they normally write about in this topic, is in many cases based on the ideas of the journalist called “Olavo de Carvalho”, who is in fact one of the best journalist in Brazil (the best as Brazil can have nowadays).

But the truth is that the situation in Brazil is just as bad as in USA or Russia. And if we look back at President Lula da Silva during his reign, it was the same story as in other country’s, when part of a communist party took Brazil into the arms of the New World Order.

Many Nations Totally Dominated by Illuminati. But If you want to know what are the countries that are NOT controlled by the Zionist Illuminati. As you all know by now Palestine was accepted as member state of UNESCO. Israel was furious about it. The USA, following the will of Israel, voted against the admission of Palestine in UNESCO. This link will give a hint at least who’s in or who’s out. Also who’s a total puppet or not. 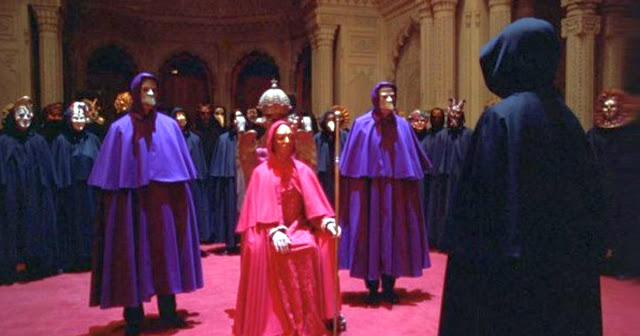 Because during Lula`s time he betrayed his own country several times. When he gave away much of Itaipu for ex? To Communist-led Paraguay. (Itaipu-One of the largest dams in the world. It is on the border and Brazil paid for everything.) He pardoned debts from Bolivia. He gave much aid to Venezuela. He also created a huge Indian reservation on the border with Venezuela, a no-man’s land that is open to any kind of incursion and is a threat to Brazilian sovereignty, since it spreads into Venezuela. It is another supranational country. And not to forget every thing he did for the greedy capitalists, as the leaders of 12 South American nations formed a regional body aimed at boosting economic and political integration in the region.

Lula
At a summit in Brazil, they signed a treaty which created the Union of South American Nations (Unasur).Brazil’s President Luiz Inacio Lula da Silva said the move showed that South America was becoming a “global player”. Same as to be the capitalists own parrot? So never mind the RED or the BLUE talk that’s just illusions. It doesn’t matter if your red or blue. Its only about if you measure up to Illuminatis requirements or not.

And LULA did, as Queen Elizabeth and the Duke of York awarded Lula the Chatham House Award for bringing peace to the continent ! Yes, the man supports drug dealers, terrorists, capitalistic pigs and a Marxist revolution in the continent and is regarded as a man of peace? Chatham House is a well-known Illuminati Think Tank. Lula became the official court’s jester.

So this sort of set the rules for the politicians to come in Brazil. And just recently I read that several Politicians now facing an investigation in Brazil’s biggest ever corruption scandal. Am I surprised?

Brazil’s supreme court has recently approved the investigation of dozens of senior politicians, including a former president and leaders of congress, for alleged connections to what prosecutors call the country’s biggest ever corruption scandal. In total, 54 people are to be investigated by the attorney general, including 21 federal deputies and 12 senators though that figure is expected to grow as evidence is gathered on corruption involving the state energy company Petrobras.

So Brazil is also just another nation with Illuminati Jewish parrots?


You could say that every politician in Brazil is a “Illuminati” parrot and you should not forget then, that everyone in Brazil (consciously or not) has become an Illuminati-Jew parrot because Jews control the Federate Republic and the Central Bank since its birth. Illuminati-Jews control the press and they control the TV since a long time ago. No one can escape from this kind of mind cage. It is much more brutal and much more mind-boggling than Russia ever was. Which at least is on a recovery mission from the Illuminati grip. Compared to the US which is beyond ALL help as it seems like now.

So understand the real scenario, based on my private study of these two Illuminati created systems I can say that both are illusions presented on the stage trying to lure people (the few ones that could make some kind of resistance to even just denounce the Illuminati-Jewish dominion in Brazil) from the truth. They probably are Illuminati supporters because they work for the Jews. And people can actually believe that they are awaken as clear as daylight, but still be a unknowing Zionist supporter. This is how the system is built. On deceptions.


Freemasonry and its Structure 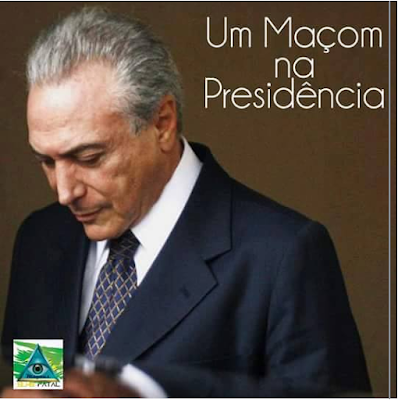 President Temer is a 33 grade Mason

Freemasonry is a well-known Jewish secret society built on deceptions and is functioning to seduce the upper class and richest Christians to help the Illuminati-Jews to “rebuild the Temple of Solomon” which in Talmud and the Cabala is described as “making the Jews the rulers of the people’s of the earth as God commanded,”  Of course, the only people who would benefit from rebuilding the “Temple of Solomon” again are, of course, the Illuminati-Jews. 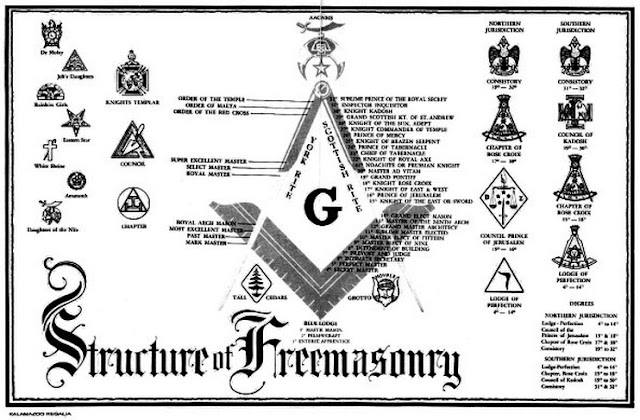 In their hatred against EVERYTHING the Church and Christianity, the Illuminati-Jews built such a sophisticated weapon that the only enemy one can see is the tentacle of the monster, not the beast in its entirely. So, if you are smart enough and you wake up against Religion, Capitalism or Communism you start fighting against it, not against those who actually feed the  tentacle of deception. So I hope you see how this game works? You simply can’t know WHO you are supposed to fight.

Unfortunately that is the case for most Brazilians. After decades of Capitalistic and Communist indoctrination (on schools, universities and the media and the churches) even thou some Brazilians are starting to “wake up” from the “Matrix”. But as soon as these well-intentioned Brazilians start to search the truth they reach just another tentacle of the beast. They start to fight against the Capitalistic-Communist tentacle with religious or liberal weapons, which are of course just another tentacle of the beast to smash any possible thinking they are the true Christian resistance against the Talmudists who are in fact the rulers and commanders of the banks, the media, the press, the Capitalistic-Communists, Priests and the Freemasons. 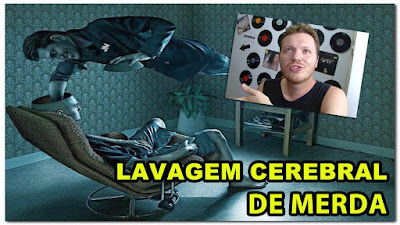 And DON’T think that the only divine intervention or a miracle that can save the poor Brazilians comes from some god? Because there is no god or gods either. Don’t even belive a good-hearted and Catholic devoted to help people for centuries, from being smashed by the Illuminati-Jews. Anyone that goes against them is taken care of!

What has never been explained to Brazilian news readers. Is that when you are trying to figure out, why these people not only are apprehended and convicted as criminals? And why they never get the answer about it, is because it is written in the Talmud, Jews must never be judged against the acts and crimes against the nations or people. Because among themselves they are not even considered human beings. This is why we never saw any Illuminati-Jew or Freemason or Priest will be judged by their crimes against people. Do you see the trick?

The well-studied and well-educated journalists like Olavo de Carvalho is aware of this fact, of course. They are not sinning by ignorance, no they are sinning because they are intended to lie and hide the truth from well-intentioned people from the fact that they are in imminent attack from the Illuminati-Jews deception.

Journalists never mentions the absurd number of children that simply “disappear” in Brazil. They mentioning 50.000 deaths each year (which in fact can be even more), but never mentions the almost equal number of children “disappeared” each year: 40.000 “disappearances” as an ex. Why? Because we know these children’s destiny: Is as human sacrifices for pagan and satanic cults like those kept in secrecy by the Cabalists-Talmudists Preiests and the Freemasons for centuries. And the vast majority of this children “disappearances” happens at the capital’s area: Brasilia. Curious fact, indeed. 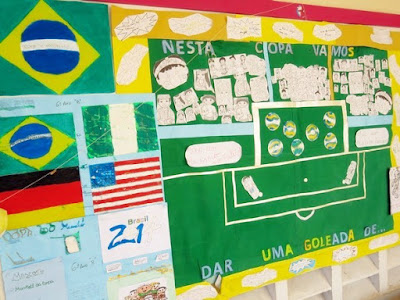 That’s why Brasilia is known as “the capital of the new spirituality” from the “new agers”. Well: in fact, there are none of the “new” in this kind of “spirituality” as the Catholic Church knew it and did not fight against sending these poor bastards as input for its own monstrous and revolting activities. That is why Brazilian Federal Police is now a secret political police. Not only to protect the Capitalist-Communists and their coreligionists, but guaranteeing that these magicians and breed of snakes can do what they want and no one will ever take any notice of the fate of these children and these satanic child murders.

I wonder who`s more monstrous, each Capitalist-Communist defender or their activist are worst, because a Capitalist-Communist activist can serve as a puppet by ignorance without noticing the facts behind the agenda. Or the journalist’s sin is worst because they know but keep quiet and let it happen?

At the end all there is to say is, Well done! Because with capitalism or communism, it is always the greed that creates the corruption. Brazil is not the land of milk and honey. No, it’s just as dirty as the rest of the Nations ‘ Illuminati get their hands on. Believe me!