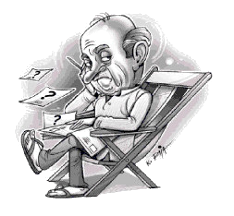 The more I consider the fate of 'the minimum pensioners', the more I see the monstrosity in the consequences it has for us. Why are the weak and defenseless in society hung out in this way? And the worse thing is that no one seem to care! In Norway they think only of themselves.

First, their low but still statutory minimum pension was reduced by the 15% source tax which
they have no possibility receiving a refund of the tax in their country of residence. Additionally,all deduction rights were removed, including the minimum deduction rule and also the special allowances for age. Something so brilliantly malicious!

I strongly doubt the legitimacy of this decision, specifically designed for the minimum pensioners domiciled abroad. One can not deprive a group of humans their justful rights just because they have chosen to settle in another country. Nor can the result of a new law reduce their pension to become less than that of their counterparts in Norway.

As the expatriate pensioners now have the status of being taxable to Norway, they should also be entitled to claim their rights as taxpayers, i.e the minimum deduction rule must still apply, as well as other special allowance rules. It can not possibly be legal to separate the tax claims from the current rules only for a group of citizens just because they are domiciled outside Norway.

Norway, in accordance with a tax treaty with Brazil has the right and now also deducts tax from the minimum pensioners,it does not give the tax authorities in Brazil the opportunity to either tax or refund tax deducted in Norway. In order for us to be equated with the minimum pensioners conditions in Norway,we have thus received the following paragraph in the letter from the Treasury Department which should also be applicable outside the EU:

"If the tax payer after the introduction of source tax on pension is subject to taxation in Norway of all or virtually all their income, the tax limitation rule will apply . It therefore allows the tax payer not to pay income tax or National Insurance contributions to Norway. "

Note also that Brazil has very strong laws on the protection of citizens' rights and privacy, more than is the case in Norway. These laws cover not only national citizens but also to foreigners residing in Brazil. It therefore does not allow public access to private tax affairs or bank accounts. For this reason, the finance minister's intervention in Brazilian tax matters with a demand for a common bi-lateral tax collection system from the 'minimum pensioners' domiciled in Brazil is not acceptable.
I will in this context also mention the supreme court decision of 11 December. 2009 in the Stolt-Nilsen case where the Supreme Court considered whether the Norwegian state were entitled to demand a copy of the British taxpayer's tax returns and final tax settlement as proof that the taxpayer was a resident of the UK for the purpose of tax treaty. The Supreme Court ruled in conclusion that the Norwegian state was not entitled to make such a claim as proof of tax residency in the United Kingdom.

Most minimum pensioners in Norway can not survive without additional support for housing
expenses, medicines and free medical insurance. This support has been completely removed for the 'minimum pensioners' domiciled abroad, who must arrange for private health insurance and medicines locally in their country of domicile.

The 'minimum pensioners' as a group should have retained the same rights as their countrymen living in Norway, furthermore,this new tax should not be applied retroactively for pensioners already moved abroad several years ago. This decision is also against the Norwegian constitution, paragraph § 97 which states that 'no new law shall have retroactive effect'. Denmark took the sensible decision not to impose the source tax retroactively but only from the date of the introduction of their source tax. Those of us who moved out several years ago relied on the predictability of our pensions and have made our new lives here that can not easily be changed. Several have entered into marriages with citizens of their new country of domicile and also have children who attend school here.

In my opinion,the minimum pensioners who settled abroad should on the contrary be rewarded with a 15% 'flagged out tax' for saving the government future health and extra costs in Norway. Considering the oncoming 'old peoples wave' expecting to break in 2014,any other country would have been delighted to allow their senior citizens to retire to countries outside of Norway even with some financial benefits on their way.

In 2011 comes further trials with the new pension reform obligating us to submit a tax return on a yearly basis with who knows what subtlety of information requirements from the Brazilian tax authorities, which adds significant costs and psychological pressure on the old and infirm before they are allowed to receive their pensions. All this because the finance minister in his ignorance of conditions outside Norway have made the retirement a hell for a small group of people

Let me provide some information about the facts:

1.Brasil is a country with 186 million inhabitants, Norway's population would fit into a medium sized city here. The systems that control this population is not necessarily as flexible as the Norwegian tax system, nor have the employees much education and has been instructed to perform few and simple tasks to carry out in his position,which must be followed to the letter and allows NO variations which could cost them their job . Moreover, for the economy to go around in this vast country, they employ people with little or no education at the lowest possible wage of R$ 450 per month or approx. US$ 250.- With this salary only the bare essentials are done and there are no prizes for trying to do something out of the ordinary which you are unfamiliar with, it will only cause trouble.

2.The minimum pensioners normally live in resort towns along the coast which lie many hours of travel from capital cities or larger cities where you only have access to tax officials of lower rank and experience. If able to connect with a more senior official in one of the major cities, he will often use the Brazilian 'jeito' rather than to try to solve your problem. He often have no idea what or where Norway is, far less familiar with the contents of a tax treaty signed with Norway in 1980, and have no idea about the 15% source tax which has not yet been re-negotiated by Norway and which, in addition deprives Brazil of significant tax income. As most of us speak the language rather poorly it means that we must engage both an interpreter as well as a lawyer to be present at such meetings with the Brazilian tax authorities. These visits can easily cost a couple of months pension.

3.The minister of finance's demand for a 'Certificate of Residence' from the tax authorities as well as confirming this non-renegotiated tax treaty between Norway and Brazil, is an impossible task, where the minimum pensioners are given administrative duties. This also conflicts with Norwegian law. I have submitted proof of residence as well as tax identification reference (CPF) which all domiciled foreigners must have in Brazil. Further, I have submitted passwords certified copy of my tax status as 'REGULAR' which means that I am up-to-date with my tax. The Norwegian government pension office has sent my pension payment advice to my address for 8 years and in addittion a 'living-certificate' every year, so they should have registered my residence. Yet this is not accepted by the Norwegian Finance Minister and the 15% tax deduction continues.

I received the initial advice from the tax office about the source tax via a form I received from the Norwegian tax tax office at the end of November 2009. I responded with several e-mails and faxes from the 1st December, but received negative responses in the post only 3 months afterwards. Since then I have fought with all the tax departments which all make the same unrealistic requests and would not listen or help in my desperate financial situation.

I have sent extensive faxes and e-mails to both the prime minister, the finance minister, the Norwegian tax office and our House of Parliament but with very little feedback. It does not appear that anyone is interested in our fate and that our small group of senior citizens residing abroad will be an acceptable 'sausage in the slaughter house ' as a sacrifice on the alter of the source tax.

Thank you for your attention ..

Note. This letter was sent to all the members of the Norwegian Parliament as well as
to the Norwegian Inland Revenue Department and other government departments.